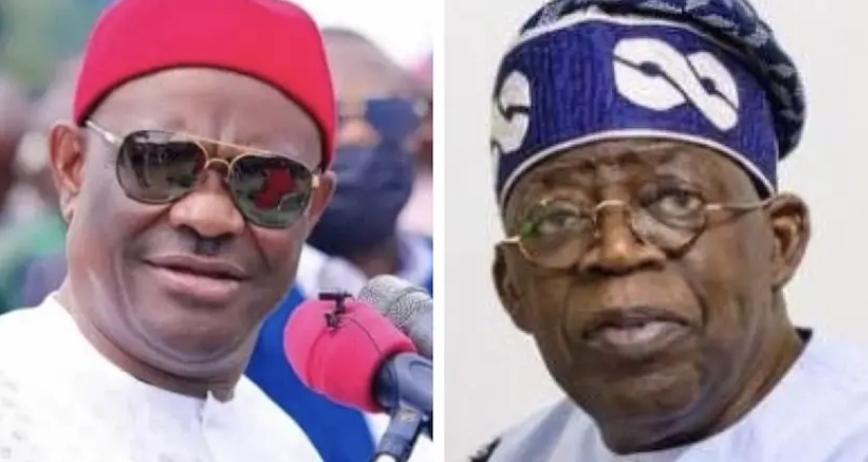 …Says Wike has nothing left in PDP

Political support group, Asiwaju Project Beyond 2023, says reported ongoing talks between the All Progressives Congress (APC) Presidential Candidate, Sen. Bola Tinubu and Gov. of Rivers, Nyesom Wike, is a good omen for the party ahead of 2023 general elections.

The Director-General of the group Barr. Realwan Okpanachi stated this in a statement in Abuja on Wednesday.

Okpanachi who said that the Tinubu-Wike proposed alliance was a good omen for the APC,  added that Wike’s step was justified.

He said, “We can confirm to you authoritatively that Wike and his team met with Tinubu in London to discuss strategic alliance ahead of 2023 presidential election.

“Both leaders appreciate the need to work together to ensure that Tinubu becomes the president of the Federal Republic of Nigeria in 2023.

“The question is, is Wike justified to take this particular step? The answer is capital yes. What do you expect from a governor that has given everything to sustain the Peoples Democratic Party (PDP) only to be slighted compromised and embarrassed by the same party and its leaders/officers?”

Okpanachi further said that Wike was equally taking the step to ensure his political survival after 2023 election.

“Wike is old and politically experienced and savvy enough to make his decisions.

“He is entitled to take any necessary step or measure that will guarantee his political survival after 2023 elections.

”There’s no better way to do it than forming a strategic alliance with Tinubu ahead of 2023 general elections.
“There is nothing in PDP for Wike anymore. He has lost his bearing and goodwill in the party.

“The political conspiracy against him in PDP is huge and unprecedented,” he said.

The News Agency of Nigeria (NAN) reports that Wike had on Monday with some of his allies reportedly travelled to London to meet Tinubu for a critical meeting on their political future.

The delegation reportedly comprised of some PDP governors and other major personalities in Wike’s camp.

NAN reports that Wike had been engaged in crisis with his party after he couldn’t emerge as the running mate to PDP Presidential Candidate, former Vice President Atiku Abubakar.

He was also said to have recently given the party some conditions for an amicable resolution of the crisis.(NAN)