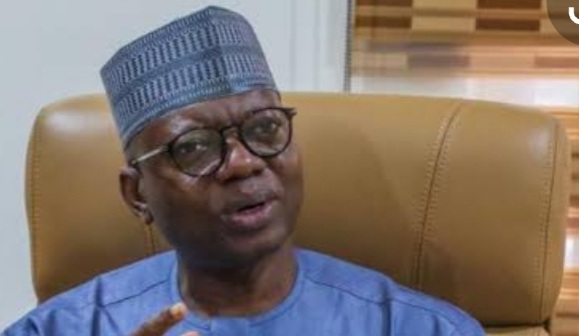 The All Progrossives Congress Pragmatic Youth yesterday threw its weight behind Senator Sani Musa aspiration to the national chairmanship of the Party in the coming convention.
The APC-PY at a huge gathering in Abuja on Tuesday regretted that young people are often excluded or overlooked as active political actors which informs their committed determination to ensure the emergence of Sani Musa, a pragmatic young as the next national chairman of the APC.
Politics in Nigeria, they say through their Secretary General Suleiman Abbah, has typically been regarded as a space for politically experienced men, and while women are often disadvantaged in accumulating experience to run for office, young people are systematically marginalized because of their young age, limited opportunities, and projected lack of experience.
“Our faith in a Sani Musa party chairmanship is informed by our conviction in his avowed commitment to the increased political participation of women and the presence of young people in decision-making positions which benefits all citizens and not just youth.
“It is disturbing that while people between the ages of 20 and 44 make up 57% of the nation’s voting age population but only 16% of Nigerian members of parliament (MPs) could be recorded.
“And while young people often play central and catalyzing roles in movements for democracy in the past, they are still less engaged than older generations in voting and party activism.
“Together, these trends have inspired Senator Sani Musa to study and comprehensively take steps to address the lack of youth political participation and train youth activists to become political leaders.
“Recognizing the potential of youth, the Senator at every turn in his political career, has encouraged the development of youth strategies which call on young generations of Nigerians to become more involved and more committed in development processes and participation beyond the ballot box.
“All through his career, Sani Musa focuses on civic engagement and political participation, among other areas, and responds to the concerns young people have expressed in state, regional and national forums and has dedicated enormous amount of effort to meet the growing demand at all levels for cutting-edge and strategic support in youth programming in all development contexts,” Abbah said.
They Group recalled that in 2016, Sani Musa eminently worked for the success of a joint initiative of a number of partners including UNDP and IPU, the Not Too Young To Run global campaign which was launched to elevate the promotion of young people’s right to run for public office and address the wide-spread issue of age discrimination.
“It is on the basis of this identified pedigree that we feel the Nigerian youth should repose confidence in the man who cares for their destiny to lead the great APC into the future,” he said.