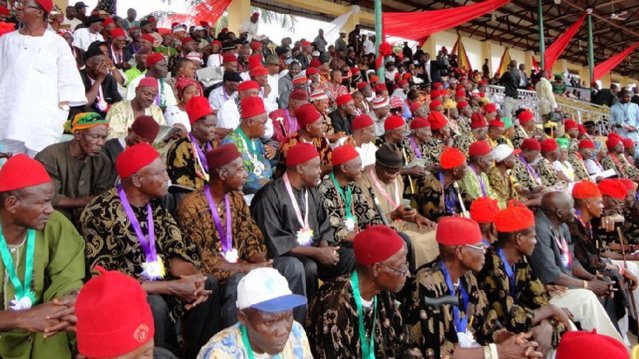 A group of like-minded activists from the 19 Northern States, Arewa Initiative for Good Governance has admonished IPOB and other agitators to explore “democratic options” of having their way and discard the use of force.

Convener of the group, Salisu Tanko Wusono, who gave the advice in a media release on Tuesday said no violent strategy has succeeded in a democratic system, where the spirit of engagement and dialogue are upheld even by the nation’s Constitution. He explained that the essence of representative democracy is for electorate to channel their grievances through their legitimate representatives at all levels of governance, “without recourse to physical attacks on fellow compatriots or arson, as we are now seeing in the Southeast.”

Wusono cited examples with African countries like Somalia and Mali, saying that series of efforts to take over power in these countries through the backdoor have been failing for decades and many lives have been lost.

The Group noted that a resort to the use of brutal force “is a shortcut to anarchy and we, in the North are already grappling with the challenges of insecurity, so overwhelming that happenings in the Southeast amount to adding salt to injury”.

The statement advised all aggrieved groups in the country to uphold the rule of law by employing dialogue and legitimate lobby for whatever they would want to have out of the national cake, including power”.

Wusono also backed the position of Northern Women Group that took to the streets of Abuja recently, to declare that Nigeria cannot afford another civil war.

He explained that the world has already come a long way from the era of violent struggle for democratic power because Nigerians are now more enlightened than they were when the late Chief Odumegwu Ojukwu led a 30 months’ civil war. “Infact, I saw the interview of the late Ojukwu where he said he would never ever make the past mistake of taking arms against the Nigerian State”.

The group urges Nigerians to always embrace peace and the spirit of dialogue as a vehicle for achieving their goals in Nigeria.