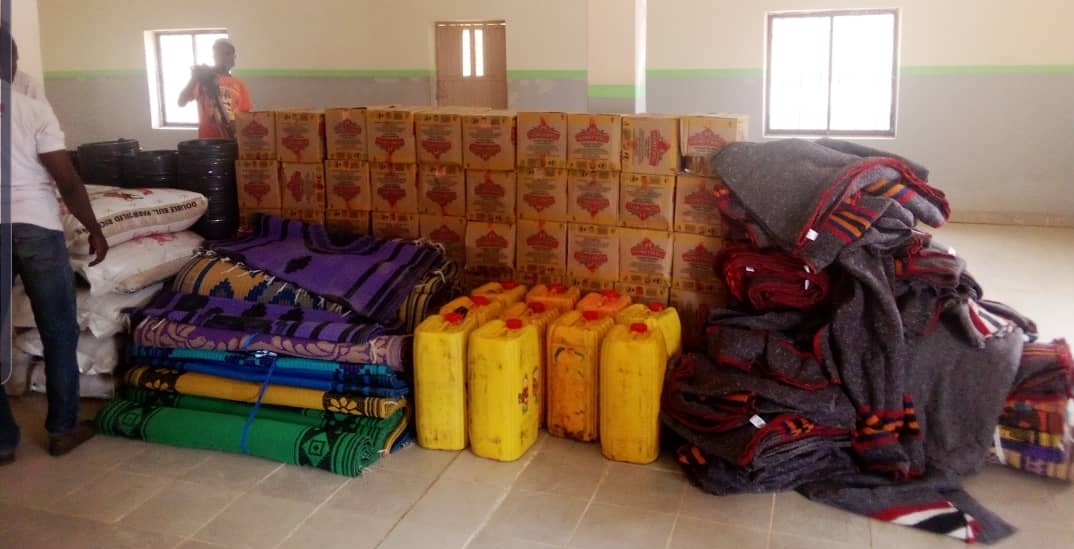 The Senator representing Kaduna Central District, Malam Uba Sani has donated loads of relief materials to support victims of banditry in Giwa and Kaura Local Governments barely a day after he moved a strong motion seeking Senate action against the escalating attacks and killings across communities in the state. The lawmaker’s action came on the heels of a devastating terrorist attack on the Abuja-Kaduna train, leading to loss of lives and injury to many passengers.

While distributing the relief materials worth millions of naira which include gallons of palm oil, bags of rice, cartons of Noodles, mats, blankets, and other domestic and food items, the Senator sympathized with the people affected in these communities and prayed God to grant them the fortitude to bear the pains of their lost ones.
Uba Sani had, a few hours earlier, moved the Senate, for an order that will allow the military apparatus to carry out unhindered operations to wipe out the criminal elements from their enclaves during which he expressed deep sadness and pain at the incessant attacks on innocent citizens and their properties.
The team that delivered the materials to Kaura was led by Engr Namadi Musa, former Director-General of Interfaith, Kaduna State accompanied by a former Chairman Kajuru local government, Cafra Caino, and the Jaba Local Government Council Chairman, Ben Jock, Others in the delegation were Banta Bala Bantex, Donatus Adamu, Joy Akut among others.
The materials were delivered to Giwa by a former Speaker of the State Assembly, Bashir Zubairu Birnin Gwari, accompanied by the Vice-chairman of Kaduna North, Nazir Sunusi, Ibrahim Shehu Haske and Alhaji Ibrahim Musa.