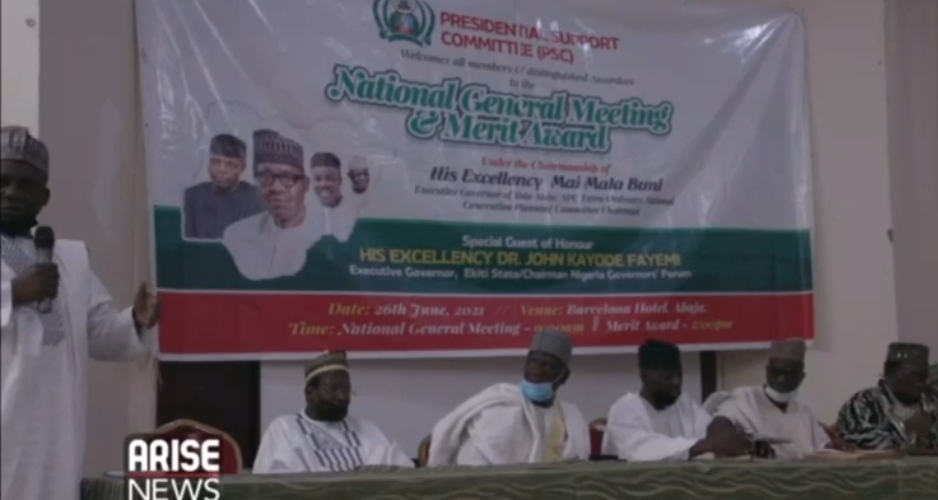 The group, in its reaction to the purported suspension, via a statement by its Acting Secretary, Engr Ahmad Zangina, stated that “the purported suspension is laughable because those who gathered at the said Press Conference lacked the locu standi to make such pronouncement, saying, you cannot fire somebody you never hired. Akpabio was appointed the National Coordinator of the Support Committee by President Muhamadu Buhari, and no other officer or member of the committee, has the power to suspend or remove him.”

“We view the purported suspension of the Minister as ill conceived, infantile and should not be accorded any serious attention because those behind the statement are confused individuals, working for the political interest of some politicians. The purported suspension is therefore, illegal, null and void because those behind the so-called suspension never raised any complain either verbally or in writing, pinpointing the alleged “non performance and support of the Minister to the success of the Buhari administration, but hurriedly organized a Kangaroo Press Conference to announce the purported suspension, inorder to please their paymasters and attract undue media attention.”

SGACG wondered how anybody with genuine intentions to promote the Buhari administration would fail to recognize the giant strides made by Akpabio in the execution of huge development projects and the exposure of corrupt practices that thrived in the NIger Delta Development Commission (NDDC) under the Ministry before Akpabio’s assumption of duty.

The Group pointed out that, “contrary to their claims that Akpabio became Minister based on his membership of the Support Committee, let it be known that the former Governor earned his appointment as a Minister of the Federal Republic on merit, because he is from the Niger Delta region and not just because he belonged to the Presidential Support Committee, adding, it would therefore amount to ridiculing the powers of the President to tie any appointment to being a member of a group outside the government.”

This gang-up, the group noted, should be considered as dead on arrival.