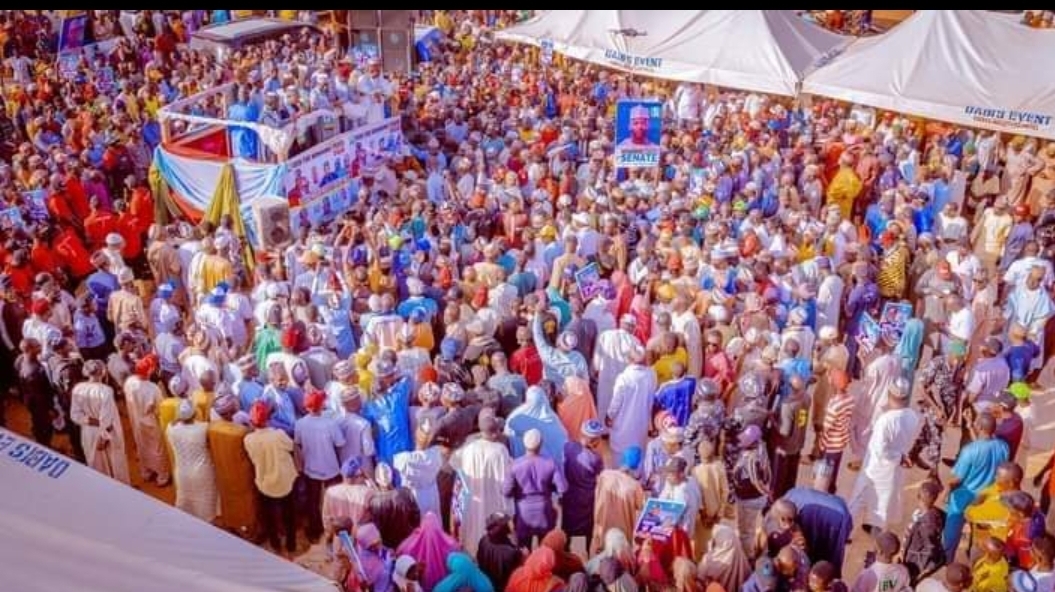 There is unprecedented tensions in Sokoto State as no fewer than 2,343 All Progressives Congress (APC) members of the State chapter of the party have decamped to Peoples Democratic Party (PDP). A source close the frontline Sokoto politician, Honorable ( Dr.) Balarabe Shehu-Kakale, a member of the House of Representatives (PDP-Sokoto), revealed that Governor Tambuwal has devised a new political strategy of retaking Sokoto governorship seat for the PDP before his exit. The source further explained that tensions in the opposition APC has worsened because of ” undue imposition” of governorship and House of Assembly candidates by ” some old cargos struggling for political relevance. This development, the source further explained was partly due the prolonged infighting rocking the ruling party in the state in recent weeks.

The new decampees,Politics Today was told by a diehard Honorable kakale fan, have been received by Sokoto state’s PDP gubernatorial candidate, Saidu Umar. The PDP flagbearer also assured the new members that they would be accorded all necessary benefits in the party.

Meanwhile, a statement issued by his aide, Nafiu Lema, and made available to Politics Today on Tuesday, noted that Umar received the defectors at the inauguration of the Ubandoma/Sagir Mainiyo Old Market Development Association.

He charged the new members to dedicate more energy towards garnering support and promoting the party and its candidates in the area.

Outlining his agenda on empowerment programmes, Umar said his administration, if elected, will provide opportunities for the youths and women in the state.

He commended the chairman of the association, Abdulrashid Maccido, for empowering men and women in the area and urged other business people in the party to emulate the gesture.

Umar was accompanied to the event by the Commissioner for Local Government Affairs, Abdullahi Maigwandu; Commissioner for Animal Health and Fisheries, Abdulqadir Junaidu; and the Commerce and Industry commissioner, Bashir Gidado.

Others were the Local Government Council Chairmen of Sokoto North and Sokoto South, Mustapha Shehu Sokoto and Faruku Sayudi respectively.

Before now, the APC was gradually gaining grounds until Dr. Kakale and Tambuwal reportedly held series of closed-door meetings in Sokoto, to plan what an observer in Sokoto described as ” the final funeral of the APC ahead of 2023 polls”.