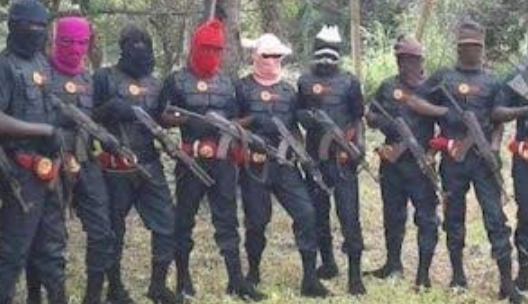 The Coalition of Northern Groups (CNG) has reacted to the recent attack on northerners living in Abia state by armed criminals of the Eastern Security Network, saying it is another attempt by the Igbo to cause greater conflict in the country by goading the North into reacting in kind.
In a sharp response to the reports of the attack, CNG, in a statement signed by its Spokesperson Abdul-Azeez Suleiman said the state government must act quickly to bring the culprits to book and warned that the North would no longer tolerate unwarranted attacks on its people living as minorities in the South East or any other part of the country.
CNG said it has studied the unfolding events carefully and with considerable restraint and maturity, to the point of condoning and accommodating several unreasonable and unacceptable actions that have been perpetrated against northerners in the South East in particular.
“The recent attack in Abia has taken matters to a point whereby silence has become complicity and inaction is no longer an option in the face of unprovoked evictions, attacks and killings of northerners in various parts of the South East.
“As a first step, we demand that the Abia state and the federal government must act quickly to arrest these criminals and expose their supporters within two weeks from today.
“We also demand an immediate and comprehensive assessment of casualties and extent of damage inflicted on the innocent northerners and appropriate compensation made to the victims,” Suleiman said.
Meanwhile, the CNG said, it is quite aware of the resort being made by self-appointed enemies of the North to force the North into reacting to their provocations in kind so as to usher in anarchy and greater instability.
“We remind the ESN, the IPOB and their sponsors that they do not have monopoly of rascality and violence and that the patience of the North has reached its nadir and we are no longer prepared to turn the other cheek.
“We warn that the North will no longer tolerate any further irreleverant treatment of northerners resulting from the hate campaigns and propaganda being conducted by regional and ethnic agitators, aimed mainly at instigating reprisals by northerners against people from other parts of the country.
“We are quite aware that the perpetrators of this relentless violence pursuing this agenda of destruction and collective mayhem, fervently hope it will engulf the entire country and bring about another civil war and mass killings and suffering of innocent people.

Meanwhile, the Abia State Government has confirmed the attacks, promised to chase the perpetrators and promised compensation for both the families of the deceased and hospitalized Northern traders, in a Press Release signed Eze Chikamnayo – Commissioner for Information and Strategy.
.