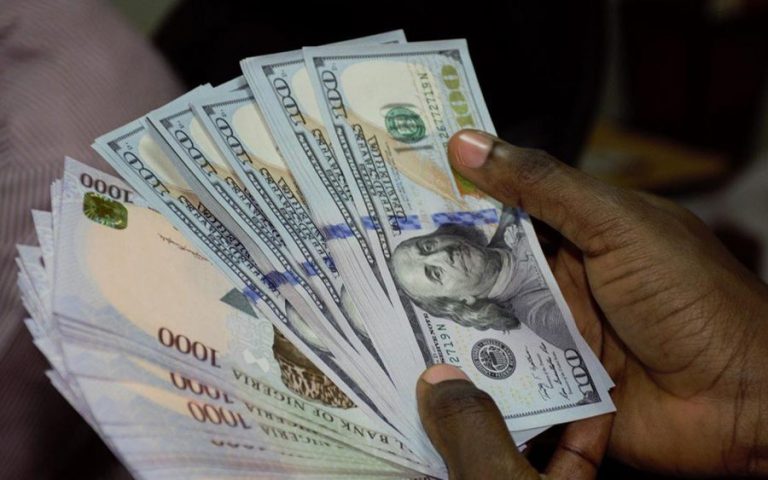 Illicit Financial Flows (IFFs) is a global challenge, Nigeria is one of the hardest-hit countries.

Citing the Global Financial Integrity (GFI) group, a U.S.-based think-tank, they observe further that Nigeria as one of the 10 largest countries in the world with the highest burden of IFFs.

According to them, Illicit Financial Flows (IFFs) and its implications have caused huge damage to Africa’s socio-economic system.

For instance, they note, estimates published by the GFI indicate that more than 15.7 billion dollars (N6.4 trillion) of illicit funds go through the country’s system annually.

The agency insists that IFFs drain resources that could be used to create jobs, improve the nation’s infrastructure, reduce inequality and address poverty, besides undermining its fight against corruption.

It observes that IFFs stimulate criminal activities such as human trafficking, illegal trade in drugs and acquisition of illegal firearms, thus increasing the risk of conflict and insecurity across the country.

As part of the efforts to address these challenges, ICPC recently organised a conference aimed at finding lasting solutions to the problem.

The forum, which brought together stakeholders and experts within and outside the country, bordered on recovery of funds and other assets looted from the country through IFFs.

Prof. Bolaji Owasanoye, the Chairman of ICPC, canvassed the payment of interests on stolen funds by benefiting foreign nations as part of measures to redress the menace of IFFs.

Owasanoye said that illegal movement of funds from African countries had made the continent to be the biggest victim of IFFs.

He urged foreign beneficiaries of IFFs to deduct loans to African countries from the illegal funds in their possessions and return the outstanding amount with interests to the continent.

“Africa is the biggest victim of IFFs. If you evaluate what we have lost as a continent against what African counties owe, Africa should be a net creditor to the world.

“They can decide to deduct the loans given to African countries from all the money taken from the continent, there will still be a substantial amount to return to Africa.

“The money should also be returned with interests as and should be placed in an escrow account — a contractual arrangement for refund — and a regional development bank that knows how to manage money should be in charge of such funds,’’ he said.

The ICPC boss advocated a workable framework that would reduce the time-frame for the repatriation of identified stolen funds and assets.

He decried the huge loss suffered by Africa due to long and tedious processes which usually takes several years to complete.

He also said that there were ongoing efforts by the federal government to block illicit outflows of funds through the review of international transactions that enable IFFs.

Owasanoye said that the federal government “is currently reviewing legacy transactions in oil and gas, tax investments and the use of waivers in Nigeria to close loopholes that facilitate IFFs.

“For instance, a lot of damage can be done through confidential clauses in loans, oil and gas contracts, and others. The review will prevent dodgy politicians from taking money out’’.

According to the minister, as one of the most affected countries, Nigeria has demonstrated strong commitment to addressing IFFs by its participation in the Open Government Partnership and the significant progress made in the extractive industry.

She said “we have demonstrated that technology-enabled improvements in tax collection and compliance help to deter tax crime and facilitate public trust.

“The mainstreaming of transparency and anti-corruption measures into economic-policy-making processes significantly reduces crime’’.

Ahmed said the government had also established an accurate, up-to-date and “public beneficial ownership register’’ in addition to strengthening the automatic exchange of tax information to help address the commercial components of Illicit Financial Flows.

She explained that the federal government had also established an independent Financial Intelligence Unit (FIU) within the Central Bank of Nigeria and signed bilateral agreements with several critical destination countries, including the U.S. and Switzerland to ensure the return of stolen assets.

According to her, more than 65 per cent of Illicit Financial Flows across Africa emanates from commercial activities such as aggressive tax avoidance and tax evasion through trade mis-pricing, abusive transfer pricing, profit shifting and tax arbitraging.

She, therefore, called for sustained cooperation between Africa and multilateral organisations to eradicate IFFs, thereby creating an enabling environmental for social and economic development across the continent.

A member of the Thabo Mbeki Panel on Illicit Financial Flows out of Africa, Ms Souad Osman, said that efforts to stop IFFs were more critical now than ever due to the huge level of poverty and underdevelopment in Africa.

In her presentation on the Common African Position on Asset Recovery (CAPAR), Osman urged African countries to mount a coordinated effort against IFFs by taking action and speaking with one voice to recover stolen funds.

She said “CAPAR is the bedrock for technical instrument for negotiating for funds taken from the continent to be returned as it recommends efficient recovery and unconditional return of stolen assets with due respect to our sovereignty”.(NAN