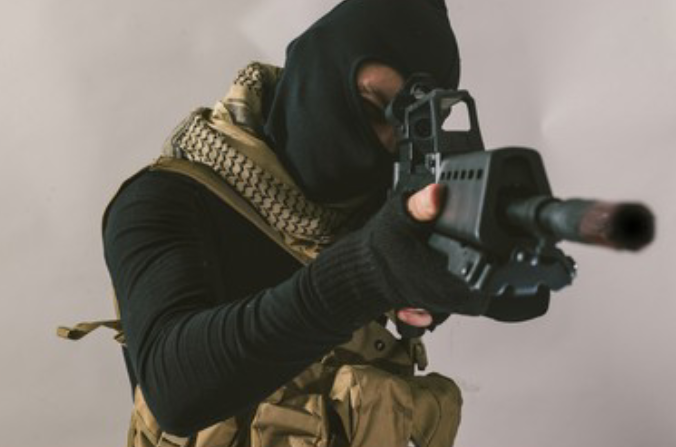 Apparently worried by the spate of killings and maiming of northerners and the destructions of their property in South east Nigeria, Senator Aliyu Magatakarda Wamakko, at the weekend, did what northern activists and opinion leaders have failed to do, call a spade by its real name. Just while political and human rights activists from the region remained adamant, this lawmaker courageously took the bull by the horns.
Senator Wamakko, a former governor of Sokoto state and Chairman, Northern Senators Forum told political, traditional and other opinion leaders from the South-east and parts of South-South that, silence is no longer acceptable, therefore, they should come out and speak up for “enough is enough”.
For too long, northern elders have been keeping quiet on the genocide going on in the South-east against northerners and their assets. For too long the north has been under siege without a strong voice to say, enough is enough until very recently when this Senator spoke the minds of every northerner alive, by declaring ” enough is enough”, oti’ge!
Wamakko hit the nail on the head by not mincing words as he cautioned political, traditional, religious and other leaders of thought from the South-east, that no section of this country has the sole grip or monopoly on violence, rather, restrain is the key word.
According to him, the north has suffered a lot from the atrocities of South-east youths and would no longer sit and watch miscreants killing and maiming its people while in the process millions of goods and properties are being destroyed.
He gave several examples of destructions meted on property belonging to northerners and those killed in the south-east and parts of south south with the politically-motivated killing of a prominent northerners, Ahmed Gulak – taking the centre stage. Apart from the number of northerners killed, property worth millions of naira were also destroyed citing example with a truck loaded with 500 bags of onion and another conveying cows to the south east burnt completely.
“In the past week alone, there have been three incidences of arsons and looting against property belonging to northern traders traveling in the south east. Last weekend, a truck of onions with about 500 bags of the commodity was ransacked by members of IPOB in a daylight robbery in Owerri. They sold the onions and ran away before the police could save the other truck. Again, two trucks conveying palm oil from Enugu to Kano were Intercepted and razed down in Nsukka for no reason. Just few days ago, a truck conveying livestock to Anambra was burnt down along with the animals on the street of Awka”, he lamented. Why are the south east youths on rampage and why have leaders from that zone kept mute while innocent northerners are harassed and killed? These senseless attack on law-abiding citizens has also extended to government property particularly police formations and as Wamakko pointed out, agitations are Constitutionally allowed but must be within the ambit of the laws of this land. At the heart of these killings and destruction of Northerners and government assets is the agitation for Biafra, but this is an agitation that has so far broken all rules of engagement. The Biafran agitation is already becoming clear and present danger and the call by Wamakko on all leaders of thought from that zone to call their children to order must have come at the right time.
As a senator and chairman of the Northern Senators Forum, Wamakko has shown commitment, zeal and capacity to be a worthy representative and the north needs other leaders with foresight like him to speak out, so that the Southeast, South south and south west will know that silence is not cowardice but a strategy to maintain peace and brotherhood. Where are the northern opinion leaders? Where are the northern voices and where are the activists both human rights and those protecting the rights of animals? Is the north a pariah that the international Human Rights and all other Non Governmental Organizations are looking the other way?
The whole Biafran agitation is tied to 2023 and if the Igbos think it is time for an Igbo presidency, violence is not a means of compromise, rather dialogue is the answer. They should convince Nigerians why it is time for an Igbo presidency through dialogue.
The north has fearless leaders who command respect and can equally incite youths from that part of the country to unleash terror on those who think the north is afraid of “war”. However, since violence begets violence, the end result would be chaotic, leading Nigeria into flames.
The north, according to Wamakko, has the capacity to react and act decisively but it has a religious and traditional culture of always being its brothers’ keeper for peace to reign. Senator Wamakko has spoken and for those who have ears to listen, this is the time Igbo political and traditional leaders should call their youths to order for they are taking what should be a peaceful agitation too far and in a primitive way. When leaders like Wamakko speak, they speak for the people and so the voice of Senator Wamakko is the Arewa voice. Wamakko has spoken, Arewa has spoken and by extension Nigeria has spoken
Now that the Sokoto senator has been bold to lead the pack, other prominent sons and daughters from the north should take the battle to where it should be targeted. Northern politicians and elders should emulate and follow Wamakko’s footsteps.
A worthy ambassador is a representative who speaks for his people irrespective of what others may say, so long as his peoples interests are protected. It takes extraordinary courage for any political leader to call out the bad eggs making the lives of his own people so painful.
Aminu Mohammed wrote from Sokoto
Share on:
WhatsApp
Share on FacebookShare on Twitter