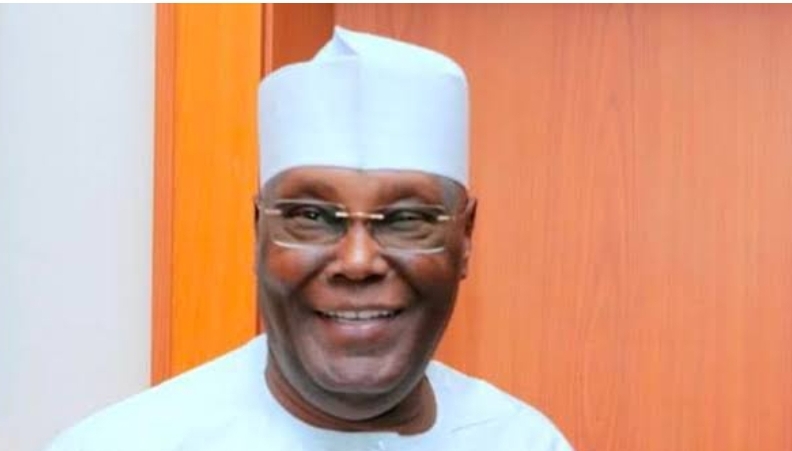 The Festus Keyamo, SAN Chambers has partitioned the Economic and Financial Crimes Commission (EFCC) over alleged conspiracy by former VP Atiku Abubakar in what they described as the ” Special Purpose SUV saga” and Money Laundering among others, citing relevant laws to justify their call for his ” immediate arrest within 72 hours”.

Meanwhile, the All Progressives Congress (APC) on Monday demanded the immediate arrest and/or invitation, interrogation and possible prosecution of the flag-bearer of the Peoples Democratic Party (PDP) over a recent revelation of alleged collusion with former President Olusegun Obasanjo to fleece and loot public funds when they were in power from 1999- 2007.

The ruling party made known its demand at a world press conference by the joint media Directorates of the Bola Tinubu/Kashim Shettima of its Presidential Campaign Council (PCC).
It said the PDP candidate has been playing the ostrich regarding the “Special Purpose Vehicle (SPV)” saga.

The APC’s call for Atiku’s arrest is coming after one Michael Achimugu, who claimed he was a former aide of Atiku, released a video where he gave details of how Atiku allegedly used phony companies called ‘SPVs’ to receive bribes and divert public funds when he was vice president of Nigeria under Obasanjo.
In the video, which went viral on social media, Achimugu warned Nigerians against voting Atiku as president on the grounds of his alleged corrupt tendencies.

The text of APC’s press briefing reads: “For about a week now, Nigerians have been in deep shock over the grave revelations by a whistle-blower, Mr. Michael Achimugu, who has provided the nation with iron-cast evidence of letters of appointment by Alhaji Atiku Abubakar emails, documents, audio clips, sworn affidavit and direct oral evidence as to how Alhaji Atiku Abubakar (who happens to be the Presidential Candidate of the Peoples Democratic Party) during his tenure as Vice-President of Nigeria between 1999 and 2007, colluded with his then boss, President Olusegun Obasanjo, to fleece the country and steal public funds using what he termed “Special Purpose Vehicles” (SPVs).
“Those SPVs were companies Atiku admittedly registered upon assumption of office as Vice-President (with the approval of President Olusegun Obasanjo) using “trusted allies” as shareholders and Directors. The purpose was to divert government contracts to these companies as “consultants” and then paid monies into these companies and used those monies to fund the PDP and their private businesses and family activities. We can all vividly recall that during that tenure, both President Olusegun Obasanjo and Atiku Abubakar built the Bells University and American University respectively. Now, we know from where the funds came. We hereby make available Certified True Copies of the affidavit sworn to and released to the public by the whistleblower, Mr. Michael Achimugu, giving graphic details of all that transpired including attached documents. Let us also play to you the voice recording he did of Atiku Abubakar. Note that he provided the time of the call, the phone number used and the emails immediately preceding the call.”