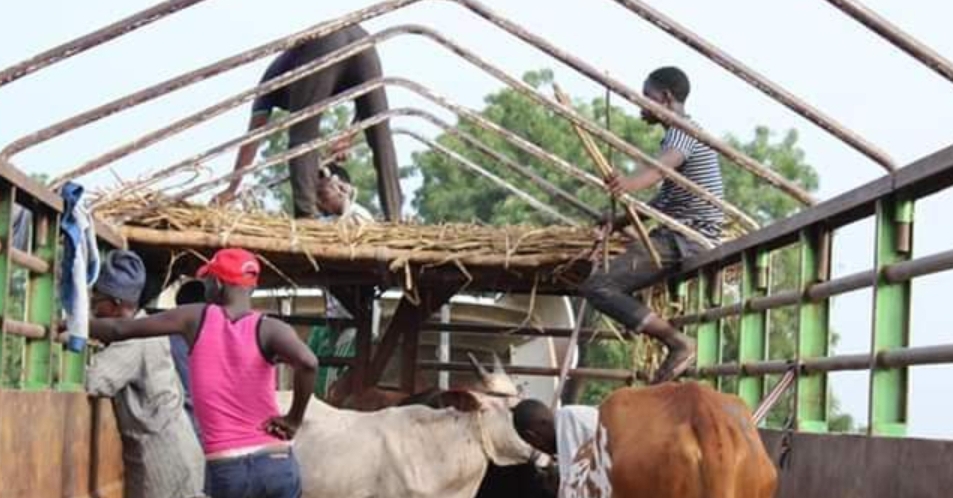 A can-do Governor in the person of Alhaji Mai Mala Buni, CON, leading a goal-getting cabinet, is a combination that is truthfully doing the much-needed job of renewing and modernising Yobe state. They are turning the state into one of the best places to live and flourish in Nigeria.

In a demosntration of serious leadership, Mai Mala Buni and his team are doing what can be done; doing what appears to be impossible and performing what amounts to a miracle in terms of delivering services and projects that truly improve the welbeing of the citizens of Yobe State. This success was despite the disruptions and detructions caused by insurgents in parts of the state, and the generally scanty resources available to all tiers of government in the country.

For a state that suffered huge destructions of public facilities such as schools, markets, places of worship, hospitals, businesses and other public and private infrastructure, it is clear that his leadership and unwavering determination to make progress against all odds have restored public hope in the state.

His administration has reconstructed schools damaged by insurgents, built new ones and provided motorable roads in communities. The government has built several modern markets to replace congested and ancient ones in cities and big towns. Through the sincerity of purpose of his leadership, the Mai Mala Administration has geneuinely touched lives positively.

Yobe State Commissioner for Health and Human Resources, Dr. Muhammed Lawan Gana, said the state government has employed 356 Environmental Health Officers and Assistants. Their main job is to inspect houses and encourage proper hygine to minimise the spread of diseases.

Beside building modern markets and special cattle markets, and transforming the health sector, the Yobe state Commissioner for Works, Engineer Umar Duddaye said within the current tenure of Governor Mai Mala Buni 14 roads were constructed in different parts of the state. Some of them are intra-city; others linked towns, while laterite roads have improved access to rural communities. Additionally, the state government has earmarked and actually set aside N10.8 billion to finance new road projects in the coming months.

The 14 roads completed and the new ones planned by the government for N10.8 billion will contribute in giving Yobe state a transportation network encompassing an Airport, the existing narrow gauge railway line and the new standard gauge line promised for the state by the Federal Government. This will spur and speed up economic growth in the state.

The Yobe state economy is largely agricultural. The Buni-led administration organised a summit on Agriculture in September 2019. He emphasised in his speech at the occassion that, “Yobe is an agricultural state; about 70 per cent of our populace are farmers, and if we must take our people out of poverty, then we have to review our approach to agriculture.” He said the purposes of the summit, “was not only to learn how to produce more crops, but also how to harness the agricultural potentials of the state.”

Agriculture is so vital to the economic life of the people of Yobe state that, the Mai Mala Buni-led administration has rigorously implemented some suggestions from the summit, including the supply of subsidised agro-inputs to enhance farmers’ productivity. Commissioner for Agriculture and Natural Resources, Dr. Mairo Amshi recently said that government sold 10, 500 tonnes of two blends of NPK at the subsidised rate of N13,000 per 50-kg bag. It costs about twice that amount in open air markets. The government also procured 40 tractors worth N882 million in 2019 which were sold for N11 million each to encourage large-scale mechanised farming.