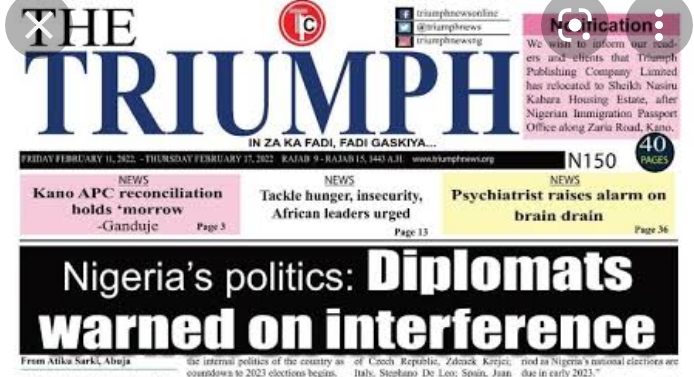 This was contained in a letter endorsed by Acting Chairman of the Association Alhaji Abdullahi Yelwa (Ajiyan Yawuri) and conveyed to the family of the late broadcaster in Kano.

According to the Ajiyan Yawuri, arrangements are in top gear for the historic event billed for 20the February, 2022 in the heart of the ancient city, at the Dabo TV Center along Sharada/BUK road at 10am.

The Association, in the letter, congratulated the family of the late broadcaster, for what they described as his “historic achievement”.

Recalled that the late broadcaster’s hallowed name was immortalized via the edifice that houses the Kano State Government owned Triumph Publishing Company, one of the oldest newspaper publishers in the North.