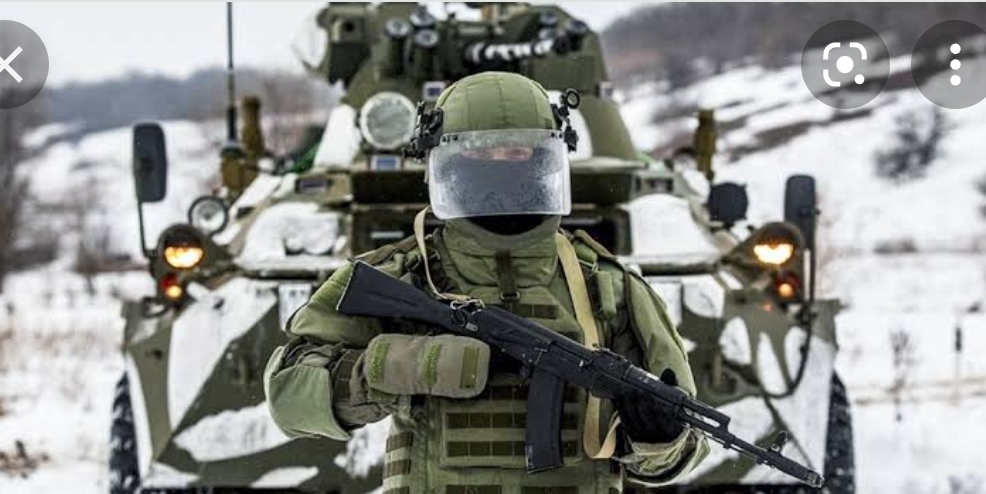 Ukraine without US military intervention is like a sacrificial lamb in the hands of Russia. Putin is not Hitler. He has already outlined his objective,to prevent Ukraine from joining NATO. Russia has a valid reason. If Ukraine joined NATO it will jeopardize Russia’s access to the black sea. It is a war of survival as Ukraine failed to balance its act and be friends to both EU, NATO and Russia.

Unfortunately for Ukraine, America will not fight Russia on its behalf for many reasons,not that America does not have the strength to face Russia. President Putin had done his calculation well. America is a democracy and unfortunately for Ukraine,the party in America is not a war monger like the Republicans who are neither in control of the White House nor in control the Congress. Under Donald Trump, Putin would never have invaded Ukraine despite the warm cordial relationship between the two leaders.

Second reason why America will not be involved is that America has no obligation to defend Ukraine because there is no treaty making it obligatory to do so. Ukraine is not Latvia or Poland who are members of NATO.

Third reason is that the United Nations has not passed resolution asking for the world to stop Russian invasion. The resolution needs the endorsement of China,a Russian ally that is unlikely to allow the resolution to fly. Also Russia has a veto power and can shoot down the resolution.

The truth is Ukraine is under unprovoked and unjustified attack on its democracy by a dictator that does not know the value of human lives. Already 46 people,most of them civilians gave been killed. But Russia is also careful with Ukraine because Ukraine was the second most powerful state to emerge from Soviet Union after Russia. The two countries have been at war since 2004 when Russia annexed Crimea.

They are officially at war today. Ukraine is a nuclear power. Russia must tread with caution. The country has 130 intercontinental ballistic missiles (ICBM) with six nuclear warheads each, 46 RT-23 Molodets ICBMs with ten warheads apiece, as well as 33 heavy bombers, totaling approximately 1,700 warheads.

In retrospect Ukraine is not meatloaf that can be eaten without Russia itself committing suicide. President Putin said he only wanted to demilitarize Ukraine and de-nazify it. He has no intention of occupying it,a task that would have been impossible with Western meddling in the crisis.