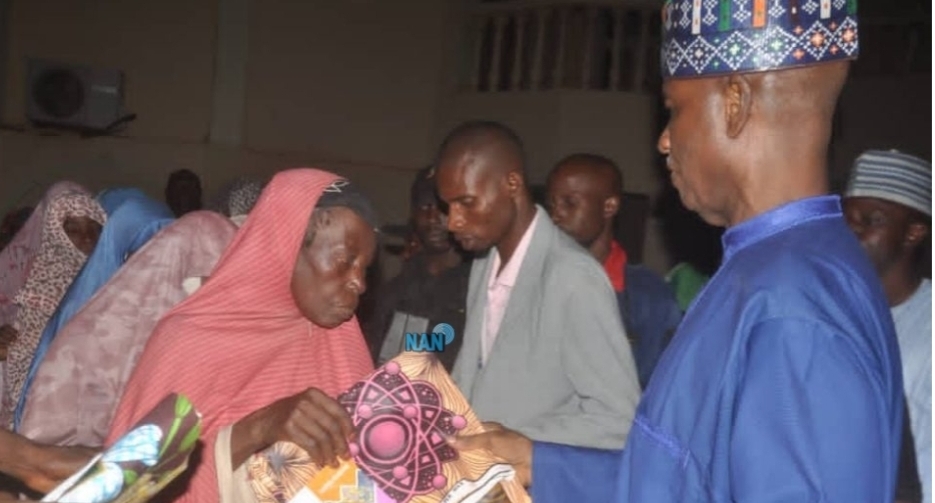 Sen. Aliyu Wamakko (APC-Sokoto North) has facilitated the freeing of 50 prisoners in Sokoto correctional centres and reconnecting them with their families. Tears of joy reportedly flowed when the freed prisoners, who were said to be detained on account of default in paying various sums of money to which they were indebted.

Meanwhile, the lawmaker yesterday, Thursday donated wrappers and cash to no fewer than 10,000 indigent women in the State.
The donation is part of his continuous gestures to the indigent one in the society, to enable them celebrate the Eid-el-Fitr with relative ease.
The New Media Aide to Wamakko Malam Bashar, said in a statement on Friday morning in Sokoto, that the former governor of the state personally distributed the sallah package to the beneficiaries.