Tinubu: Why age is not a factor 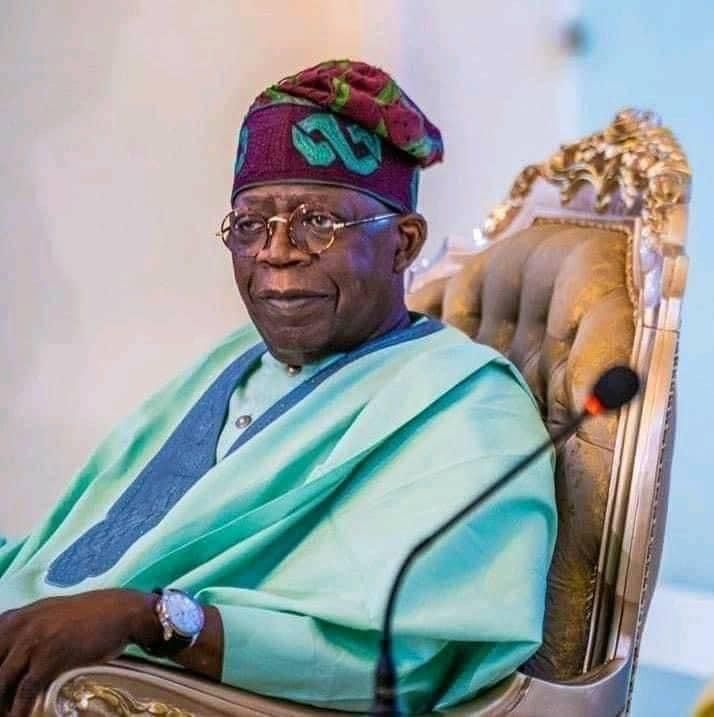 Nigerians are in love with anything American. Everything Europe, is, to Africans, either worth copying or, in the least, admiring. It may not be far fetched, that most of Africa was a colony of western powers and its therefore understandable that we breath, inhale and dream the life of the white man.

This explains, to some extent why we ditched the Parliamentary system of government and still adopted a presidential system that has proved to be expensive and difficult for us to, warts and all, copy it in toto.

But there appeared to be a caveat. Anything, even if it is American, that conflicts with our selfish personal or group interests, is not only a misnomer but a no go area, even if it portends good for the nation. If the age of Joe Biden or his predecessor did not matter at all because there was no room for such worthless inference, in Nigeria, it becomes an issue because it stands to benefit some anti democratic forces bent at forcing their wishes on the rest of us.

Since his declaration to aspire to be President, former Lagos state Governor Senator Asiwaju Bola Ahmed Tinubu has become the bout of ceaseless and unrelenting campaign of calumny, all geared towards demarketing him, not on the basis of incompetence but on the basis of the age factor. Because he is seventy years or any age bracket that suits their fancy, Tinubu should stay aside and allow people younger than him to take over. The fact that the American system we copy hook, line and sinker frowns at stereotyping people on mundane faultlines is immaterial to them. Again, that the last two Presidents of the United States were older than the Asiwaju holds no water to them. You cannot call yourself a democrat or a lover of democracy and still treat people on the basis of either age or color of the skin or height or other yardsticks that are clearly antithetical and at variance with democratic doctrines. When you love democracy, you should love it in whole.

Since independence in 1776, the number of Presidents aged 60 and 70+ equaled those aged between 55 – 59.
Conversely, the oldest in US history is Joe Biden who became President at an age that would have automatically become a hindrance were he to be a Nigerian.

An issue about his age and how it will slow him down or how he will become an auto president bogged down by persistent illness would have been the most topical, in a nation that requires sound leadership anchored on wisdom, largeheartedness, broadmindedness, positive worldview and undiluted nationalism to wriggle itself out of the very contraptions it has cocoon itself into.

We are talking about a Nigeria that is on a keg on gunpowder waiting for the minutest touch to blow off on the head of everybody. A nation that stood to gain tremendously from the fountain of the Asiwaju’s kindheartedness, his outreach and his famed capacity to mentor leaders for today and for tomorrow as he did in Lagos and as he has been doing virtually all his life.

Lagos has always been a melting pot no doubt, but no matter how hard you try, you cannot wish away the fact that it was the Jagaba that brought the best out of Lagos and whatever positive thing you say about Lagos today, you must acknowledge the fact that Tinubu was the architect of modern Lagos.

If Lagos is the richest state in West Africa or one of the richest in Africa, that stone was laid by the liberal economic policies of Bola Ahmed Tinubu when he served as Governor. Since then, every policy, all the egg heads and the chain of leadership bequeathed by him, till today have held the baton passing it generation after generation. It remained thick because that chain has never broken even once.

The former Senator has paid his dues to Nigeria. He has been in all the trenches. He was in the struggle to liberate the country from military rule, he fought in the trenches to enthrone democracy when it was damn risky, he was forced into exile with others who fought hard to mobilize support for democracy to take firm roots in the country and he was also in the center of it to provide the kind of political leadership that has held this country together till today.

If you talk about the Buhari presidency or the struggles that gave birth to the events which snowballed into laying the foundations since 1999, there is no way you can overlook the roles played by Tinubu and others.

In the entire southern part of Nigeria, there is no one single politician that has become the cornerstone of Nigeria’s political stability like the Asiwaju. He is northern Nigeria’s best friend today the same way he is at home in all the nooks and crannies of the South. No Nigerian politician today is as connected in all parts of the country as BAT.

Buhari tried three times to become president and woefully failed, until a Bola Tinubu came into the scene and became the game changer.

He is Northern Nigeria’s best friend because he has proved that he is reliable. He has been tested over and over again and he has proved his mettle. Anyone else is just going to be a serious gamble because no one has been there this long or has been tried this much. When his opponents talk about him, they never touch the aspect of his abilities and capabilities. They only make reference to his age even when it is an anathema to democratic norms.

There is no part of Nigeria that he has not heavily invested in friendship and in establishing connection with the people at all levels.

Nigeria needs someone that is not disconnected with its core essence.