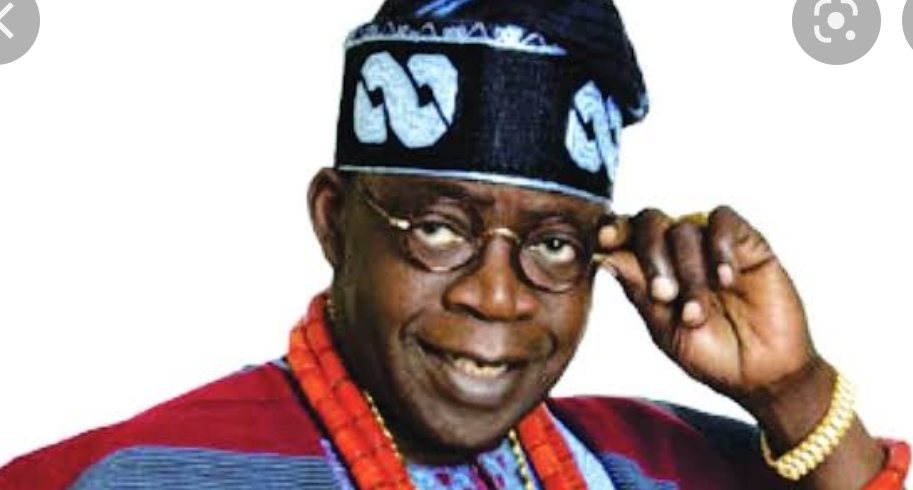 He has been in the trench for as long as one can remember. Nothing about him or his tpolitics is in a closet. When he had reasons to fight the military juntas and when it was expedient to be on the side of democracy, Bola Ahmed Tinubu left no one in any doubt about his commitment to seeing that fight through.

A self-made man since his early years on earth, the former Lagos state Governor minced no words, along side other pro-democracy activists when they confronted the military and ultimately sent them parking. When democracy was restored in 1999, the gold medal for that achievement went to Tinubu and others in his class who put their lives on the line, even when they had to go into a forced exile in order to mobilize international support for their cause.

He became Governor of Lagos state and he posted an unprecedented record of service, put Lagos on the path of sustainable economic recovery, mentored a crop of leaders who served his government and helped him achieved his set goals and ultimately handed over the reign of leadership to them. That chain has never been broken until today.

He was a fire-eating democrat who fought his battle through his brain and provided the right leadership to those who towed his path. He succeeded because he worked his way through dint of hard work, grassroots mobilization and conviction in his choice of vocation. The role he played on the political turf since 1999 are well known to all. While fighting, he made friends everywhere in the country, won hearts to his method of battle, provided succor to fellow comrades who lost steam along the way and sustained the fight until victory was won.

Unless one is simply mischievous or myopic, Tinubu has answered all questions about his stand on all issues of leadership and democracy in Nigeria. He has paid his dues and nobody in Nigeria is in any doubt about his credentials, his commitment, his competence, his patriotism and his capacity to see Nigeria through broader lenses and by its bigger diverse picture. He is, as at today, Nigeria’s most complete Nigerian. He is trusted nationwide because he has earned the trust through an unprecedented level of large heart and a mind that is broadly nationalistic.

Check it out; is there any Nigerian politician from whatever background or record of service that has the political clout of the Jagaba? Whatever plaudits you ascribe to him are plaudits well earned. He is a master of the game and he has proved those mettles in various ways in a span of more than forty years in politics and political struggles.

His large heart in unquestionable. He has faced betrayals along the way, the same way he has umbrellaled thousands of committed foot soldiers from all corners of the country. Despite the pains and anguish of betrayal, the Asiwaju had never forsaken the same people who stabbed him from the back and returned to the fold later. Above all, he is competent and capable of delivering on his promises because what he did in Lagos as Governor attested to that.

He is a modern man with the right international connections to make Nigeria a nation of our dream.
We have seen, from the inanities and mediocrity of past leadership in Nigeria, that what we lacked was that edge of a modern man to think out of the box to extricate the country out of the myriads of its economic, security and social challenges. There is a link between economic stability/social justice and security of a nation. Any leader who does not understand this and does not have the capacity to ensure the two cannot provide the leadership required to take Nigeria out of the woods.
Bola Ahmed Tinubu has done it in Lagos by making it the most economically viable state in West Africa and one of the best three in Africa. Remarkably, it has remained so decades after he left office.

His age? Don’t even go there, because it is immaterial in the modern world. The United States of America which we so much like and copy has proved the analogy that age is just a number. The last two Presidents there were all above 70 – in fact the current President is about the oldest ever in the history of the United States, at a time when we are being told in Nigeria that age is a factor. As Tinubu famously remarked recently, he did not apply for a wrestling match job to be expected to run round the stadium. Of course, he applied for a job that takes brain, mental alertness, reasonably robust health and the capacity to assemble the right heads to help him implement those policies to develop a nation.

Anambra youth to gunmen: There must be elections here

Atiku to PDP: Only those who vote for me ‘ll get jobs, contracts

TINUBU GETS EXTRA ENDORSEMENTS IN KEBBI

The way out of Nigeria’s frightening debt