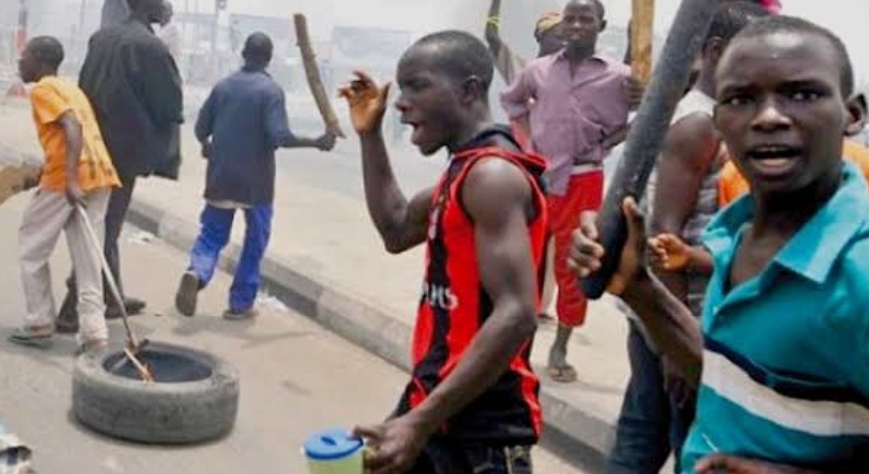 With the 2023 general election drawing closer, stakeholders have expressed concern about the spate of insecurity across the country and the impact it could have on the smooth conduct of the elections.
The escalating security situation in Nigeria has affected the conduct of elections in recent years; there have been increased militarisation of the voting environment due to increased violence often perpetrated by supporters of desperate politicians.
In the last seven years, the spate of insecurity across Nigeria has worsened, the situation is particularly worse in the North-East and North-West, with many lives lost to kidnapping, Boko Haram insurgency and separatist movements.
Nigerians are not sure who would be the next victim, while nowhere is safe for now.
Just some days ago, President Muhammadu Buhari’s advance security team was attacked with some officers killed and several vehicles damaged.
In another of such deadly attacks, Boko Haram terrorists the same day launched a ferocious attack on Kuje Correctional Centre, deploying bombs, Rocket Propelled Grenade (RPG) and General Purpose Machine Guns (GPMG), and freeing no less than 600 inmates, including Boko Haram fighters detained at the facility.
Reports said six inmates and one security personnel were killed during the attack.
Minister of Defence, Bashir Magashi (rtd) said of the 994 inmates at the prison, 600 escaped.
The situation also forced the relocation of other high profile detainees, notably, Deputy Commissioner of Police, Abba Kyari, among others.
Terrorists also invaded three communities in Kaduna and killed twenty people, while 25 women were abducted during the attack.
An eyewitness told newsmen that the bandits numbering about 30 came on motorcycles to carry out the attack on the villages.
Across Nigeria, attacks and kidnapping for ransom have become daily occurrences in which high profile Nigerians have also been affected.
The concern for many is that if the bandits and terrorists can attack the Nigerian Defence Academy, invade airport, attack the President’s advance security team, invade prison to release over 1,200 inmates without challenge, amid taking communities hostage and hoisting their flags in some settlements, then there is no safety in the country.
For many, the present fear for safety, amid the alarming rate of attacks on lives and property across the country pose a big risk for the success of the 2023 general election.
Just like the way a secured and enabling environment boosts investor confidence in a state, the same way a safe domain is key to the turnout of voters, the deployment of ad-hoc staff, including the National Youth Service Corps (NYSC) members and, to a large extent, the credibility of the poll.
Discussions about Nigeria’s situation have become rife as elections approach; to elect who Nigerians think will transform and redeem the state from the cliff position.
As the Independent National Electoral Commission (INEC) intensifies preparations for next years’ elections, experts say that the situation calls for serious concerns, and that if not checked could undermine the conduct of free and fair elections.
Particular source of concern is the North and South-East, where the terrorists and unknown gunmen are very active.
Similarly, experts say the worsening spate of insecurity was responsible for the increasing voter apathy in the country, while the situation may continue in next year’s election.
They noted that increased militarisation of elections in some states in recent years have compounded the situation.
Tunde Ajayi, business intelligence expert, lamented that the security situation had aggravated in recent years partly because, security agencies only respond to security threats that affect government officials, political leaders and the elite rather than what affect an average Nigerian.
Ajayi predicted that the spate of violence in Nigeria would affect voter turnout in next year’s general elections, if there was no effort to check the trend.
He added that violence in Nigeria has been democratised, while non-state actors are involved in it, stressing that it is a different situation now compared to 2019.
According to him, “The high number of Nigerians registering to get their Permanent Voter Card (PVC) would improve voter turnout. Everybody else is less important to the security apparatus, it is focused on the administration in power and the elite,” AJayi said.
Ikechukwu Nwanna, president of the Nigerian Bar Association (NBA) in Lagos State, said the current trend called for concern ahead of next year’s election that must be urgently checked by the Federal Government.
According to him, “It is a major danger to our general election next year. Our elections in recent years have been marred by violence, but we have not had this level of insecurity before across Nigeria.
“The electorate may fear; they don’t want to endanger their lives, and refuse to come out to vote. In some cases it can delay delivery of election materials.
“I call on the security agencies to do their work and stop the current spate of insecurity in Nigeria now.”